A Four-Part Interview with Brad P. (Part I, Part II)

When students of the “seduction community” began filling his seminars, Brad said he had to “rise to the occasion” to keep up with this new crop of students. While the marketing of the seduction community may be problematic, the students are not. “These guys studied it all. Self-help, evolutionary psychology. The average guy doesn’t really care about that stuff. But this new demographic of community guys set very high goals and were extremely motivated to learn.” Eventually, his seminars consisted mostly of community guys and so Brad shifted his focus to accommodate a “higher functioning student.”

“I took four or five months off to retool,” Brad explained. “I started studying guys who were better than me.” One such guy was the Pheromone Kid from whom Brad learned to condense a full pickup (from approaching a stranger to sex) in 5-10 minutes. “This is not recommended for beginners,” Brad warns. The entire system is covered in an audio product, which Brad said he’s “always tempted to pull off the market” because it’s too extreme. Although, many students enjoy the systematic approach to having no strings attached sex – and fast. The system hinges on prescreening girls by testing how they respond to overt sexual talk. If a girl seems intrigued or, at least, not completely offended, Brad explains how to get her into the nearest bathroom stall.

For a guy simply looking to improve his dating skills, such an approach may be outside his comfort zone; however, the lessons it contains are useful for any guy looking to meet and date women. Notably, it demonstrates girls don’t need a huge “song and dance” (more commonly known in this community as “rapport and comfort”) before they are ready for sex. The influence of the Pheromone Kid’s bold confidence resonates throughout Brad’s teaching. To him, a lot of guys need to “go all or nothing.” Brad sighed, “Most students are too nice.” To get past this, it may not be necessary to bang a chick in the neatest dive bar bathroom, but guys should look to push beyond their comfort zone. Brad acknowledged this, commenting that shy or anxious guys shouldn’t expect special treatment: “Don’t expect low-risk openers. I try to move guys as quickly as possibly.”

While Brad advocates delving right into your social fears, he doesn’t believe in a “quick fix.” Brad said, “I’ve seen a lot of disillusioned students. Learning success with women isn’t something you can get by reading an eBook, or over a weekend, or even over 2 months.” An upsetting trend Brad saw while running his 3-day workshop was that half his students would give up after the workshop. To Brad, losing fifty percent of your students is “an emergency.” Perhaps his social worker background set his expectations high for student retention, but Brad tackled this common community problem next. “I worked to make it more consistent,” noted Brad. “It’s something I’m still working on.” 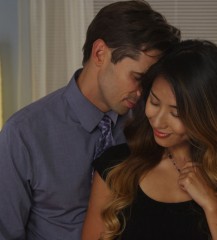 Two innovative systems Brad set up are his 30/30 Club and The Pickup Mansion. “Since this is not easy to learn, the teaching methodology has got to improve,” he said. “I look at it as a college course in seduction.” Brad noticed that college is a unique learning environment because, despite the difficulty and pressure of the curriculum, most students graduate. Unlike a 50 percent failure rate, in college “the curriculum carries you.” By that, Brad means that even if a student is feeling lazy or not motivated, the predefined coursework gives him no room for excuses. “In college, it’s do the work or fail,” according to Brad. “A lot of guys get into the community and they’re not serious about learning,” lamented Brad. “They jump from method to method and blame the material when they fail. They need to accept one system and stick with it for a period of time.”

The 30/30 Club accomplishes just that. As its name implies, the program requires students approach 30 women in 30 days. The curriculum runs for an entire year, where Brad sends various CDs and other materials that focus on a key aspect of dating each month. “This is for guys who are looking to work harder,” Brad said. While the “curriculum” may be challenging, the rewards are certainly higher. “We have a lot of success with the 30/30 Club,” Brad said, pointing out that he monitors his students’ progress through the private forum included with the service.

Read the finale in Part IV, but, in the meantime, to learn more about Brad P, check out his webpage at: Underground Dating Seminar