4 Steps to Make a Girl Laugh 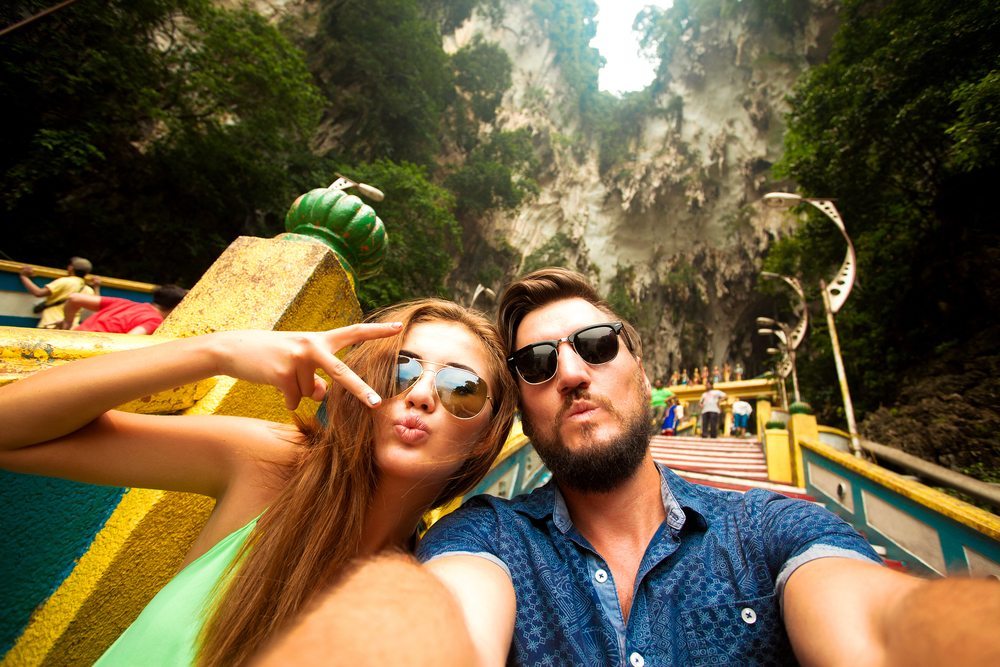 TRUTH: If she laughs…she probably wants you!

What’s the key to Woody Allen’s sex life? What about Jim Carrey or Eddie Murphy?

I’m not kidding…nothing puts us at ease faster than a guy who can make us laugh.

And it doesn’t matter what you look like or what you do for work: If you make us laugh, you’re HOT.

That’s why my friend Kayla hooked up with her boyfriend Frank…and I think it’s the KEY to their relationship.

You see, Kayla’s a super-sexy dancer with one of the best bodies in the industry…and these beautiful, pouty lips I just want to nibble on 😉

Anyway, when she met Frank 4 months ago, all she could talk about was how much fun they had together…amazing dates, lots of laughter, and INCREDIBLE sex.

Naturally, I had to meet the guy who was making my friend SO happy…so last week, we all went out for drinks…

And I gotta admit, when I first saw Frank, I was SHOCKED.

It’s not that he was UGLY, but he wasn’t cute — balding, hairy, heavy, and at least 15 years older than Kayla.

But when Frank started talking…it all made sense. He’s HILARIOUS!

Frank had us in stitches that whole time. My abs actually HURT from laughing so much.

And you know what? By the end of the night, I thought he was kinda sexy…and some of his DIRTIER jokes actually got me a little turned on;)

And it made me think…what is it about funny guys that makes them SO sexy?

So when I got home, I started doing some reading, and I found out it’s not just me…all women love a sense of humor.

It’s even been scientifically proven!

I’m serious…in a national survey of over 5,000 women, more than half of them said their #1 relationship “must have” is a sense of humor…

Being funny actually beat out qualities like intelligence, passion and generosity!

And then I came across something even more AMAZING: Scientists discovered that funny guys actually give women more orgasms.

Of course, no one knows exactly WHY, but there are a few interesting theories…

So when she takes that relaxed feeling with her to the bedroom…she’ll able to really focus on how you’re making her feel with your tongue, your hands, and your cock…

Which will make for a more powerful orgasm!

But even more important: A sense of humor shows CONFIDENCE…

And most women know that when a guy’s confident enough to LAUGH at himself…and funny enough to make HER laugh…he’s gonna be amazing between the sheets.

Because she knows that when you make her laugh, you’re focusing on HER, not on yourself or ANYONE else in the room. It makes her feel so special.

Luckily, even if you’re not a professional comedian, you can still learn how to make ANY girl laugh…

And become that funny, confident guy that women can’t resist!

Most great jokes start with the truth…because everyone can relate to them.

What do I mean? Well if you make a joke about something that just doesn’t happen in real life, like people flying…she’ll probably think you sound weird.

But make a joke about sex,current events, or even about traffic…and she’ll probably laugh because she can picture it.

Surprise almost always gets people laughing…think about it.

If I say “I had a friend over, and my dog dropped a toy in his lap to play fetch,” that’s not surprising…or funny.

3. Be A LITTLE self deprecating.

That’s right…show your confidence by putting yourself down, just a little.

You see…when a guy brags a lot, a girl thinks he’s compensating for something…

But if you’re able to make fun of yourself, it shows girls that you’re cool, easy going…and not DESPERATE to impress.

“Hi, I’m Frank…Clearly I’m WAY too ugly to be with Kayla, but I make up for it in bed.”

He laughed, I laughed, and I understood why she’s falling for him.

There’s a fine line between playful teasing and being mean…and crossing that line could mean losing her.

So tease her with compliments. Point out a feature you LOVE, like her “adorable dimples” or her “cute freckles.”

Or playfully accuse her of flirting with YOU…even if she’s not, it’ll get the thought in her head (this one ALWAYS works!)

And above all, DON’T FORCE IT. Do what comes naturally, and if a joke falls flat…just laugh it off!

That’ll just tire you out and turn her off!

Instead, you try something new. Spice things up a bit. Figure out what makes her tick…

So brush up on your best jokes…and PAY ATTENTION to which ones make her laugh…and which ones don’t.

Before long, you’ll be able to crack her up every time…

And having that skill is guaranteed to improve every area of your love life!

It could help you land that hottie you’ve been eyeing — because you’ll be instantly more attractive to her.

It could help your wife or girlfriend see you in a new light — like as the sexy, funny guy who makes her feel safe to try ANYTHING…

….she’ll be dying to find out what else you can do 😉

About Shawna Lenee Shawnee Lee is a pornographic model and actress.

4 Steps to Make a Girl Laugh