Do You Make These Mistakes With Women? 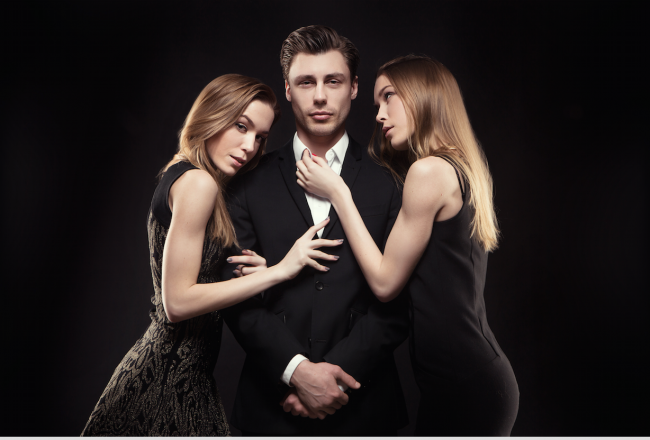 The 3 Quick “Game” Fixes To Skyrocket Your Results Overnight…

Are you overcomplicating your success with women?

We live smack dab in the middle of 2017, where you can literally find information on how to do anything…

With information overload, it’s way too easy to feel overwhelmed with what you should actually be doing.

So in today’s post, I’m gonna give you the ONLY 3 things that having “good game” comes down to.

I don’t care how many Youtube videos you’ve watched…

I don’t even care how many “approaches” you’ve done…

It all comes down to just THREE things.

And the only reason most guys struggle for YEARS with women is because they forget the fundamentals.

There was a reason that Phil Jackson made the Lakers practice bounce passes on a regular basis… It’s because FUNDAMENTALS matter.

These are the fundamentals of great game.

These are the reason I’ve been able to hook up with bartenders, Instagram models, flight attendants, NFL cheerleaders, and even Cinderella from Disneyland (let’s keep that one a secret though)…

So let’s dive into those fundamentals right now.

Quick Fix #1: Being in control!

Dude, here’s what you’ve got to understand about feminine energy…

One second she’s happy. The next she’s angry.

One second she’s laughing at everything you say. The next she’s insulting you.

It’s not because she’s PMS-ing.

It’s because she’s a girl.

She just wants a man who is IN CONTROL of his emotions.

That way he can be her emotional ROCK to lean upon when she’s going crazy.

Hope that analogy made sense, because I probably totally butchered it (sorry David).

So why is it that good “game” comes down to simply being in control of your emotional state?

Imagine that you are talking to a girl on a date, or in a bar, and she gives you a sh!t test…

What is more attractive?

A. The guy who gets nervous, or down on himself because a girl just tried to test his frame?

B. The guys who is un-phased, looks at her with a cocky grin, and one-ups her with his own witty come-back?

Of course it’s the second guy!

The question is, HOW DO YOU BECOME THAT GUY?

It doesn’t come down to approaching 1000’s of women, and hoping to magically get better in the process…

Yes that will help, BUT…

That puts the results you’re going after in someone else’s hands.

Don’t wait for the 1000 women to come along just so you can practice on them.

Start learning how to control your state when it counts by controlling it when it doesn’t count.

You might want to write that last sentence down because it’s the KEY!

What do I mean?

When you get stressed out because you’re running 5 minutes late, and you’re stuck in rush hour traffic…

Stop. Take a deep breath. And view that as a perfect opportunity to train your positive emotional state.

When you are in the gym, and you feel the burn from the weights your lifting…

Rather than making your facial expression all tense, and yelling really loud. Try to feel the burn, and show no emotion in your face.

When you wake up in the morning, and you’re tired. Groggy. Overwhelmed by everything you’ve got to get done for the day…

Get up, jump up and down a few times, and yell “I’m about to bend this day over, and make it my b!tch!”

You’ll feel energized, and start smiling at your self-entertaining affirmation. I promise.

And if you can learn how to control your state when it doesn’t count. I promise, you’ll be unstoppable when it does.

Just like a woman doesn’t want a man who is reactive, and just as emotional as her…

She also wants a man who is going to LEAD her through life.

Whether it’s where you guys are going to get drinks tonight, or if it’s supporting your mission in life for the next 10 years.

She wants YOU to lead.

I got a question the other day regarding what to do when a girl asks YOU out, and here’s the simple answer…

She took the lead, and made the first move by asking you out. That’s great.

But at some point, she’s still gonna expect you to take the reigns — both logistically and emotionally.

And if you don’t, you’re doomed.

So when should you start taking the reigns?

As soon as motha-f*cking possible. That’s when.

For example, if texts you “Want to grab some drinks at XYZ-bar tonight?”

You can start taking the lead by saying “Sure. But only if you promise to bring bucketloads of fun energy.”

See what I did there?

I took the lead by putting a playful CONDITION on her invite to me.

And when you meet up with her that night, you better believe that you should start leading logistically too.

Lead her to the bar for another drink.

Lead her to the pool table so you can totally kick her butt in a game of pool.

Lead her to the awesome food truck down the street.

Then lead her back to your place…. But only if she can “promise to keep her hands to herself” because you know how her mind works. 😉

If you let her lead the whole time, then she’ll lead you straight to the friend-zone…

…Right along with 100’s of other guys who are waiting for her to finally decide she likes them.

Which brings me to the final fundamental of great “game”…

Let’s face it, there is a point in every interaction you have with a girl, where she will decide if she is sexually attracted to you or not.

This almost always comes down to recognizing and acting on Windows of Opportunity.

If you have ever been in the “friend-zone” with a girl, it’s probably because at some point in time, she wanted you to make the first move, and you hesitated.

Or there was a time where she kept dropping hints for you to ask her out, and you chickened out (or worse, didn’t even know it)

This is the #1 place where guys mess it all up.

Not capitalizing on their window of opportunity to lead this interaction forward.

And here’s the funny thing about these windows… They are only open for a small period of time, and when they close, they are shut. Forever.

That’s it. She’s onto the next guy.

The good news is that you already know when to act on these windows of opportunity.

It’s that moment in time where you felt like you should have kiss her, but then you chickened out…

It’s that moment in time where you realized you and her been sitting in the same spot for two hours, just talking…

Any time you feel like “Ok, what’s the next step?” That is your cue to move this interaction forward.

All you have to do is feel the tension, and act without hesitation.

Yes, it really is.

With these 3 quick “game” fixes, you will be LIGHTYEARS ahead of most men on this topic.

Have fun out there.

P.S. I can literally go on for DAYS about “windows of opportunity.”

There are actually 5 Windows that make up the entire seduction process, and they go in order.

If you do them out of order, then you can actually mess up everything.

However, I will have to save that topic for another time because it deserves it’s own post.

Let me know how these 3 quick game fixes helped you by dropping me a line, and maybe I’ll go into more detail.

Do You Make These Mistakes With Women?