9 Tips For Boosting Your Game with Women

This article somes courtesy of Jeffy from Real Social Dynamics. 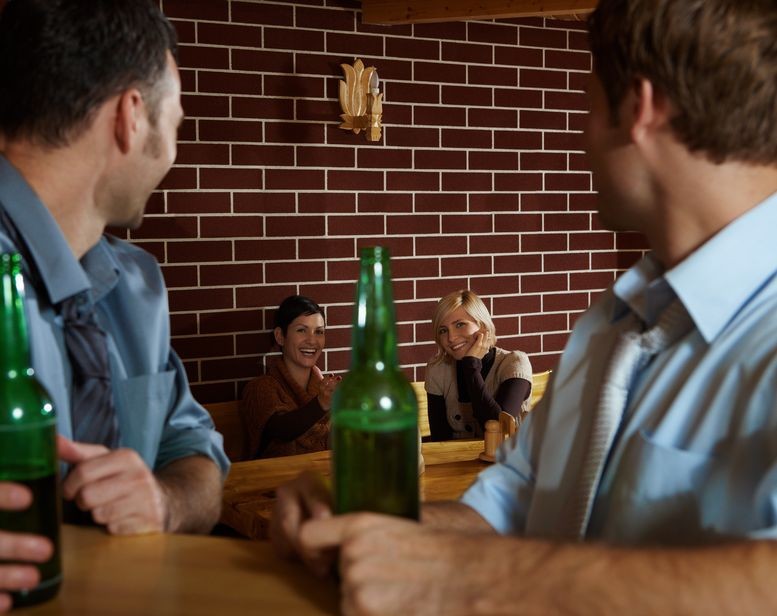 Just like my recent post 10 Ways to Immediately Make Yourself More Attractive, these 9 tips can be implemented immediately and you’ll see results right away. This actually makes a great companion piece to my 10 Ways post, and combined together will produce some shocking results.

9 Tips for Boosting Your Game with Women by Jeffy

Aside from body language, this is probably the biggest thing I see missing from most guys’ game. The fact of the matter is, YOU CAN’T BUILD ATTRACTION IF THEY CAN’T HEAR YOU!!

You can’t mumble and fumble your opener and expect to get a good response. You need to project your voice from the diaphragm. Five years of karaoke training have made this second nature to me, but for a lot of guys, it feels unnatural.

Furthermore, it’s sometimes necessary to raise the pitch of your voice in order to cut through the loud music playing at most clubs. Don’t be concerned about sounding like a Chipmunks Christmas album, it’s not noticeable amidst the thumping bass.

Your delivery is important, too. Ever heard a news anchor flub a syllable on TV? It’s minor, but because it’s on TV, it seems like a glaring error. It’s the same in pickup… you’re being closely scrutinized, so you need to eliminate all “ummms” and “ahhs” from your vocabulary. SMOOTH.

Finally, start paying attention to the rhythm of your communication. Rhythm, expression and sexuality are all intertwined, and it’s important to deliver a smooth flow, modulating things dynamically.

So often, I see guys roll up to a set and deliver their opener, then start making these weird, jerky head movements. Like, they’re having a friggin seizure. The girls are like, WTF??

Or sometimes, it’s weird, spastic hand gestures. Or maybe they’re just shifting from foot to foot incessantly. In any case, it’s not long before the ladies start giving each other that “let’s get the hell out of here” eye code. Buh-bye!

The point is, these things are subcommunicating a lack of confidence.

In other words, while your words might be those of a suave-ass James Bond type, the subtext is that of Steve Urkel.

Another key one. This is related to #2, in the sense that the perp is taking things way too seriously. 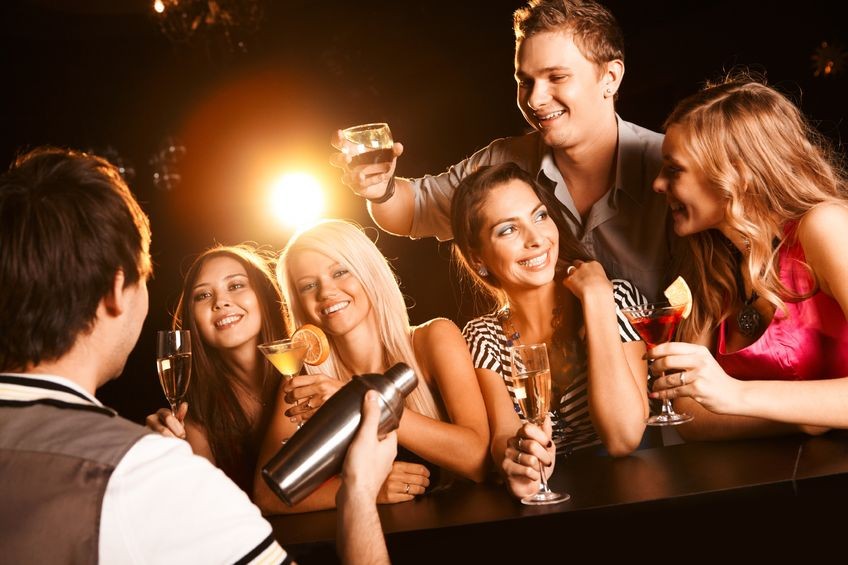 The difference is, in this case, the guy is acting like he’s an appointee for the Supreme Court being interrogated by the Senate Judiciary Comittee. All business. Stone-faced. Giving curt, matter of fact responses to everything the chick says.

OK, what you gotta understand is that when the ladies hit the club, they are there to HAVE FUN. Not to engage in a job interview.

Loosen up, bro. Have a little fun yourself. Don’t be afraid to act a little foolish. Joke around.

What I mean by this is, you’ve gotta silence the chatter in your head when you approach.

The only thing you should be thinking about is what’s unfolding as you go in. Not what MIGHT happen or what COULD happen.

Consider this: a social interaction is a living, breathing, dynamic thing during the course of which an infinite number of things can occur.

Given that, doesn’t it make sense that you’d need as much “processor speed” as humanly possible in order to perceive what’s happening, decide what the proper course of action is, and respond instantly?

Cycling through failure scenarios in your head isn’t gonna do anything but rob you of that precious brainpower.

Worse, that internal pollution is gonna taint the broadcast: you will end up inadvertently giving off an”insecure” vibe.

Another thing that screws most people up at a fundamental level is a lack of frame control.

Too many guys will hear an unfavorable comment and just deflate and give up. Or sometimes, the girls will say something negative about them and they fall into it by addressing it. The next thing you know, the discussion is out of their control and they’re faced with the distasteful choice of either digging themselves out of the hole, or giving up and ejecting.

At this point, most guys do the latter. Frankly, so would I.

Best to prevent things from getting to that point in the first place. That means cutting off threads that work against you. That means talking over people who are saying things that don’t lead the conversation in the ways you want it to go. Sometimes, it means flagrantly changing the subject with a ridiculous non-sequiter. Whatever works.

Frame control can be a difficult thing to learn, but I can’t stress this enough: 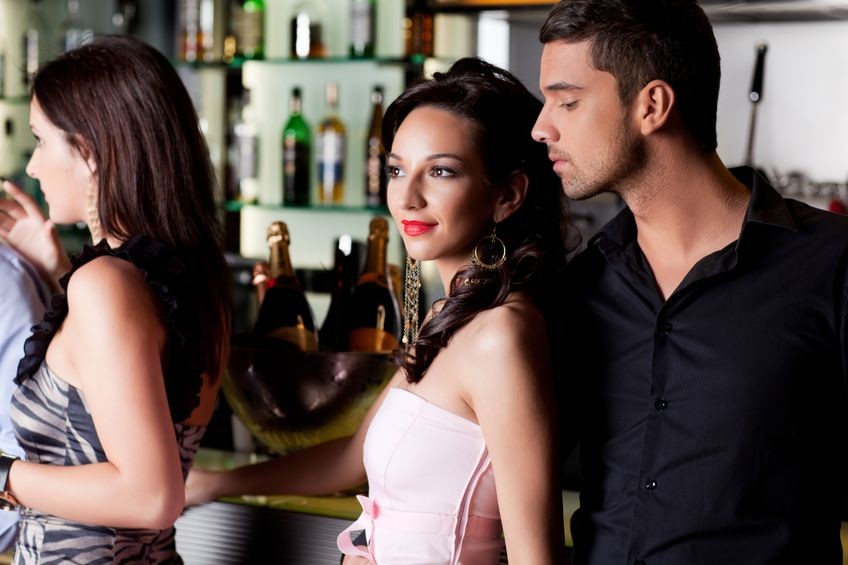 Ever see that movie “Glengarry Glen Ross”? The motto of the salesmen in the movie is “ABC: Always Be Closing”. This is the motto of the successful pick-up artist as well.

Don’t get me wrong here. I don’t mean you should go up to women and try to get them back to your place in the shortest time possible. Don’t jump the gun… you gotta take things one step at a time. This isn’t a race.

By the same token, however, I get frustrated when I see guys talking to these girls for hours on end without doing anything to escalate things toward a situation where things get physical. Like, it’s three hours in and they haven’t even touched her on the arm.

I think a big reason guys do this is because they’re afraid to get blown out. Like, they think, “Ok, this is going great, she’s laughing at my jokes and we’re vibing really well, I better not screw it up by trying to escalate.”

News flash, man… if they’re sticking around, it’s highly likely that they know what’s going on, and they EXPECT you to escalate.

These girls have reasonable expectations that you’re gonna step up at some point and take things to the next level. Don’t let them down. It’s just tacky.

Remember, once a girl’s attracted to you, there’s a WINDOW of time in which you can “strike” so to speak. Once that window’s closed, you’re done, bro.

Always have a direction, and always be moving the set forward in that direction.

This one kinda ties in with #3. It’s about being expressive.

At RSD, we define game as: the expression of your inner state, conveyed by the rhythms you use to direct the energy of the social interaction.

Some of these guys I see in the field are talking to the girls, and they look like a marble bust of George Washington or something… maybe that “strong silent type” bit works in cerrtain cases, but we’re going for consistency, folks.

When I’m in set, I’m mugging like Jim frickin Carrey. Sometimes I’ll have this stupid smirk on my face, other times I’ll look at them like I’m judging them, other times I’ll scrunch up my nose and wink at them. It all depends on the energy I’m getting from the girl.

Try it now. Go to the mirror and make as many faces as you possibly can. Go ahead… nobody’s looking. And if they are, at least you’ll entertain them.

I do this frequently as an exercise to keep those expressions queued up and ready to go. Remember: 90 percent of communication is non-verbal, and a HUGE portion of that 90 percent comes from the expression on your face.

Trust me on this… it’s gotten me laid more times than I can accurately recall.

CHECKLIST POINT #8: STANDING TOO FAR AWAY

Similar to #6. Now, obviously, you don’t want to spook the girl by rolling up and getting two inches from her face right off the bat. That’s just asking for rejection, it’s creepy. You wanna approach with non-threatening body language.

Maybe even a little “active disinterest”. To show you’re not one of the dozens of needy losers that hit on her every night.

At some point, you have to get closer. It’s just a fact. Okay? Nothing is gonna happen if you stay at arm’s length… except get your ass thrown into the dreaded “friend zone”.

This doesn’t mean I have to STAY there. I’ll back off just as abruptly as I went in. It all goes back to calibration. Give-and-take.

The point is, I get in there. ASAP. You should too.

This is a funny one. You see this usually when a guy has a lot of rehearsed lines and so forth under his belt, although that’s not exclusively the case.

What happens is the guy is saying things that SHOULD sound smooth and cool… but it sounds like he’s reading from a script. Like, it’s a little TOO cool.

Like an actor in an after-school special about cheesy “players”. Not pretty.

It’s like, when you shoot a home video and you put on some weird “narrator” voice… “And HEEEERE’S the KITCHEN!!!” It’s not genuine.

You do it because you know this might potentially be viewed by thousands of people, and it’s a defense mechanism against being perceived in certain ways.

So when guys do this in field, it’s the same thing. A defense mechanism. They put out the character to keep their “real” self safe fromo rejection.

Ironically, this tends to CAUSE rejection. Life sucks, huh?

Believe it or not, most people (and especially women) have a keen sense of when someone’s faking sincerity. Unless you’re an acclaimed Shakesperean actor, you’re better off being genuine.

So that’s the checklist.

Now, I’m not suggesting you write this thing down and carry it around with you. Nor is it meant to be a comprehensive cure-all.

These are just some of the most common mistakes we see guys make in the field, so take a quick inventory and see if you’re guilty of any of them.

For guys with a lot of experience, it may seem simplistic… but no one will doubt that the basics are what get violated the most.

Use this checklist on yourself, until it becomes second nature. And use it when you’re doing triage on someone else’s sick game.

You’ll be surprised how often the culprit behind a problem is… the simplest thing in the world.

9 Tips For Boosting Your Game with Women