I wrote a post a couple weeks ago titled Who is Your Target Market? In that post I discussed the idea that you must first have a fleshed out idea of the girl you are trying to attract. The theory behind this was that it will take a different approach to attract different types of girls. In this article I want to be even more specific, and throw an idea out there for you. 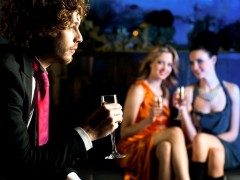 We call my friend Manny, the Asian Master. He’s not Asian, but has slept with more Asian girls than anyone I know. My friend Anthony is king of the 18 year olds. Every week he’s got a different 18 year old hottie prancing around his house. My friend Jake’s last 3 girlfriend’s were hot Indian girls. He’s dated more hot Indian girls then I’ve seen out at bars. Jared, is the Cougar Hunter. Everytime I talk to him he’s pulled another older woman back from some lounge in northern Jersey. As for me, 7 out of the last 10 girls I’ve slept with have been Latina.

Does all of this relate to taste? Or something more?

It is a common business strategy to simply target a niche market. This means you design your product or business with the needs of one small market in mind. Sure, you might make some sales outside this market… but your marketing strategy only involves chasing this select group.

What came first… the chicken or the egg?

Does Jared target cougars because that is what he is attracted to? Or does he target them because they seem to be the easiest targets for him? Does Jake keeping dating Indian girls because thats what turns him on? Or did dating that first Indian girl teach him things about Indian girls that most white guys don’t know… which now puts him at a greater advantage with these particular girls?

When I asked my friend Anthony why he does so well with girls under 20, he said, “Because I know exactly what they want and I give it to them.” Anthony, who has dated some of the hottest girls I’ve ever seen, does horrible with girls over 25. They find him immature. They think he parties too much. He’s not responsible. He’s a man whore. But he could care less what these “older women” think. They aren’t his target market.

Why do I do so well with Latinas?

First off, I’ve always been incredibly sexually attracted to them. But more importantly I think I understand them more than most guys in the United States do. I studied for a semester in Spain. I traveled to Spain, Brazil, Argentina, Colombia, Dominican Republic, and Mexico countless times. I know the intricacies of their cultures. Most guys can’t tell the difference from a girl from Peru and a girl from Colombia. I can not only tell the difference, but just by talking to them, I can often tell which part of their own country they were from. I know the qualities many of these girls look for in a guy. I know what kind of guy they are attracted to. I am that guy.

Am I suggesting targeting niches based on ethnicity?

No. There are a million different niches out there. Sure there are the obvious niches like ethnicity and age. But there are even more specific niches like:

Those are just a few. The more specific you get, the more you are able to zero in to the exact needs and 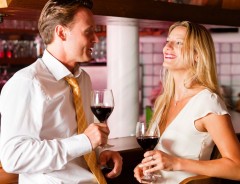 This theory isn’t for everyone. But if you’re like me, and already have a group you’re insanely attracted to… why not forget about pleasing everyone… and concentrate on only pleasing them?

If you do decide to target a specific niche, although your tactics and strategy might differ, the one thing that will always stay the same is the mindset you must have. Vin Carlo captures the essence of this mindset perfectly in his book The Attraction Code. When it comes to your attitude toward women, it really is the little intricacies that make all the difference.