Sure Fire Indicators That She’s Just Not Into You

Recently I talked about how to tell if a girl likes you. I gave five signs you can look for that indicate the conversation is going well.?When you see any of these five signs you should put more energy into the interaction and continue moving toward getting her phone number, bouncing to another location, or inviting her back to your place.

But you also want to be aware of the signals a woman will give to a man who she is clearly not interested in.?If you can learn to quickly recognize these signals you can avoid wasting time with a woman who will only eventually reject you or flake on you. Remember, nothing is set in stone.?And it is possible to win over a woman who is initially giving you some of the signals below.?That being said, if you?re looking for the path with the least resistance here are some signs that there is a tough road ahead:

1. She complains that she?s tired

When we meet someone we might be interested in, our energy levels tend to spike. We get a second wind that lifts us up and makes us completely forget the fact that we?re tired, hungover, or in a bad mood.?And even if we?re feeling any of those things, we do our best to hide it. If a woman continues to point out that she?s tired or in a bad mood, it is probably just her way of hinting to you that she doesn?t want to keep talking to you. Women who complain about anything have a way of sucking the energy out of a conversation and should be avoided if possible.

2.?She never asks you your name 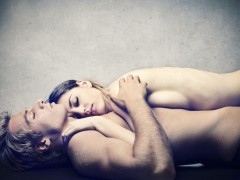 Here is a rule of thumb, if a woman is interested in you at some point she?ll ask you your name. Simple as that. Women are very conscious of avoiding awkward situations, and if she is really interested in you the last thing she wants is a potential situation later on where she has to admit that she doesn?t even know your name.?Because of this, if a woman is hoping to talk to you for awhile, she?ll go out of her way to find out your name.

If it?s more than 10 minutes into a conversation and you haven?t told a woman your name and she hasn?t asked, it?s a pretty good sign that she is waiting for the conversation to end.

3. She brings up her boyfriend soon into the conversation

A lot of guys would think this is obvious. But it?s not. If a girl is enjoying your company and likes you, she will avoid telling you she has a boyfriend as long as humanly possible.

In fact, if a girl waits until you?ve asked for her number or gone for the kiss to tell you she has a boyfriend, it?s probably because she liked you too much to admit she had a boyfriend sooner. But if she starts talking about her boyfriend early into a conversation, it?s her way of not-so-subtly letting you know that nothing is going to happen between you. So stop wasting your time.

What do you do when you?re walking down the street and you see a beggar with his hand out looking for money? Well, if you don?t want to give him any, you avoid eye contact at all costs. Eye contact acts as encouragement for the other person to talk to you.?It invites them in and says ?I?m interested?? So a woman who is deliberately avoiding eye contact ?is doing everything in her power to prevent you from continuing to talk to her. She is basically saying ?I refuse to give you permission to continue.?

5. She has closed off body language

If a girl is enjoying her conversation with you she?ll tend to loosen up.?You?ll notice that she follows your lead and begin mirroring your actions and energy level. However, if a girl continues to display closed off body language even after you’ve begun to really open up to her, there is a good chance that she just isn?t as invested in the interaction as you are. Similar to avoiding eye contact, keeping your body language closed off is another way of saying ?I refuse to give you permission to continue.?

6.?She gives short one word answers

In the first couple minutes of a conversation, before a woman has had a chance to get warmed up, it?s acceptable for her to be giving you short answers and not talking too much. But if it?s more than ten minutes into a conversation and she is still just giving you short one word answers to your questions and not prying you for more information about yourself, she probably isn?t interested in you. If a woman wants to continue the conversation she will keep talking to prevent you from leaving.?If she isn?t offering much to the conversation after ten minutes, she probably isn?t worried about you leaving. Which is a good sign you should leave. 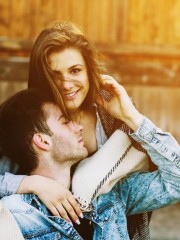 7.?She is giving her friend the ?help me? eyes

Women have a way of communicating ?help me? to their friends. Many of them are actually pretty blatant about begging to be saved. Yet, I?m amazed at how many guys miss these clues. If you?re talking to a woman and her friends are around, pay attention to the subtle signals they are giving each other. If they are rolling their eyes or giving the ?help me? eyes as demonstrated here, you should probably find a better prospect.

These are seven of the biggest indicators of disinterest.? As I said earlier, just because you?re getting one of these does not confirm she is not interested. But if you?re getting more than one of these, it is a pretty good sign things are not going anywhere.

This is why its important to realize that you are immediately giving off one of four potential vibes when you’re talking to a girl. ?And beware, of making the #1 mistake that leads to the friend zone.

Related Video: Use This Test To Tell If A Girl Likes You