How To Approach A Girl (Step-By-Step) 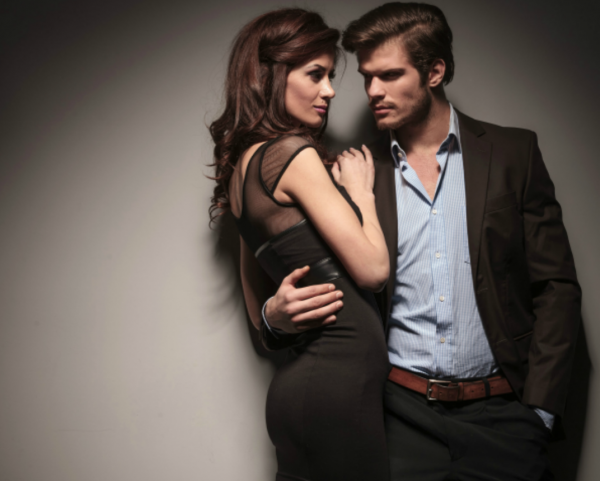 Taking The Guesswork Out of Approaching Stunning Women

A lot of men get too much in their heads, when it comes to talking to beautiful women…

They feel like they need to know every step from “starting the conversation” to “penetrating her in the bedroom.” When in reality the world does not work like that.

What you should understand right now is that no two women are the same, just like no two situations are the same.

Each time you spark a conversation with someone, it’s almost like landing a plane.

Sometimes the landing will be bumpy, and sometimes it will be smooth, but either way as long as you stick it out, you will likely land that plane safely.

Trying to plan out any interaction beforehand is a complete fools’ errand.

This is why I always recommend that you take imperfect action, read the situation, and go from there…

From now on just accept the fact that you are not going to know what to say until the second you walk up to her. In other words, you approach her and calibrate to how she responds to you, AFTER you make the approach.

Trust that the words will come.

I have an HONEST confession…

I rarely know what I am going to say to a girl before I approach her. The words do not come to me until the moment I get her attention.

For example, the other night I was at a bar, and I was explaining this exact topic to a client of mine… Then, I pointed out some blonde girl sitting at the bar by herself and I told him, “Go talk to her.”

He immediately said, “Ok.” Then he stood up, and then stood in place… He couldn’t bring himself to actually do it. It was like his shoes had been magically glued to the floor.

So when I realized what was going on, I said to myself “Fuck it!” and I stood up. With zero hesitation, I walked right over to her and started a conversation..

But here is the catch.. On the 15 foot walk from where I was sitting, to where she was sitting, I had absolutely no clue what I was going to say, and I intentionally didn’t even try to think of anything.

When I finally got to her, I tapped her on the shoulder, and I said the first thing that popped into my head the instant she locked eyes with me:

“So do you normally come to bars by yourself, and wait for a charming man to approach you.”

At this point I want to note that this is LITERALLY the cheesiest line I have ever said to a girl.

In fact, right after I said it, I thought to myself “Really, Patrick?! That’s the best you can do? She’s totally going to ignore the crap out of you now.”

But even though I thought the line was cheesy, I held my ground and put my confident face on.

How do you think she reacted?

She looked up at me, smiled, and said “No, my friends actually just left.”

Not only did she respond positively, but she just gave me conversational bait!

“Really? Why on Earth would your friends leave you by yourself like that? That is so un-ladylike.”

And then the conversation took off from there…

The funny thing is, after I talked to her for 30 seconds, my client came up and joined the conversation. At which point I introduced them two, and they ended up talking all night.

Do you think he knew what to say before walking up, after I had already been talking to her?

Absolutely not. He did not plan his approach, or how he was going to carry the conversation.

He simply gained the courage to do exactly what I did… Act now, calibrate later.

That said, I’ve seen so many guys waste their time obsessing over the proper way to approach a girl.

They obsess over if they should make a bee-line over to her, shake her hand, and start talking to her.

Or should they should walk in the vicinity of where she is, and then do one of those turn-over-the-shoulder moves and start a conversation with her… Almost like you’re only talking to her because you accidentally ran into her.

Here’s my highly controversial answer to this question, and it’s guaranteed to be something that you probably never been taught…

You should never worry about how to “approach” anybody.

The only reason you should be going out (especially to bars or social environments) is for the purpose of enjoying your night, and having fun. When your number one priority is to have fun, then sharing those good vibes with attractive women will come naturally.

The answer isn’t so black and white.

The billionaire, Charlie Munger, once said in a speech, “…one thing I think should be avoided is extremely intense ideology because it cabbages up one’s mind.”

In my case, since I’m enjoying everything I do while having a great time when I go out… I rarely ever spot a “target” out from across the bar, and formulate a plan to go up and talk to her.

Most of the time, attractive girls happen to be standing around or near where I am, and my positive energy draws them in. In which case, for whatever reason we’ll make eye contact, and it is simply natural for me to walk up and start talking to them.

And since I’m sharing my good vibes with everyone, I won’t discriminate against them based on anything… I won’t care about their age, height, weight, looks, etc.

[Shhhh, don’t tell anyone this… but I’ll even talk to guys when I’m out! Simply because I’m sharing my party with the world.]

However, when I do happen to spot a girl that I want to talk to, without thinking I’ll just walk right up to her like I own the place, and start speaking.

Depending on how she responds to me, I will carry the conversation from there.

Sometimes her eyes will light up, and the banter will start flowing. Other times she is timid, and hesitant to even give me the time of day. Either way, as soon as the conversation is started, I now have material to work with.

Acting on your own impulses, rather than strategically planning out your “approach,” instantly makes everything you say and do more authentic — which is very attractive to women.

So the best answer for how to approach a girl is, “whichever way actually gets you to approach her…” At the end of the day, she’s not going to dislike you because of what you opened the conversation with. What she cares most about is your vibe, and the fact that you had the balls to approach her in the first place.

So what are you waiting for? Go out there and start meeting women!

Related Video: How To Get Over Your Fear Of Approaching Girls

How To Approach A Girl (Step-By-Step)