The 3 Personality Types That Turn Women Off 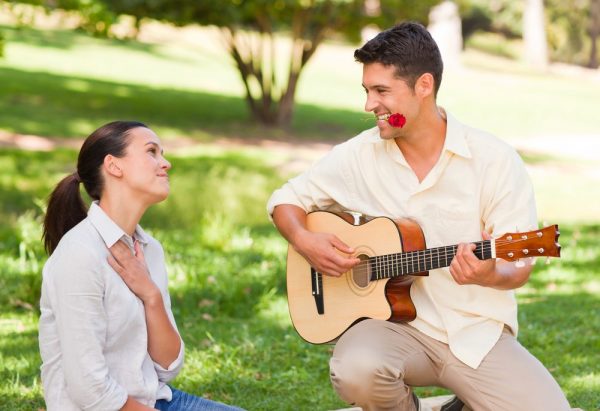 Do you wear these “masks” around women?

You may not know this about me, but I used to SUCK with women.

Seriously. I was really bad.

I couldn’t make eye contact when talking to them..

I would censor my language around the girls I liked..

If there was a definition of whipped, that was me…to the fullest.

I don’t want to bore you with the entire story right now, but just know that I was dead wrong.

“Born with” is a complete myth, and anybody who believes it, is just fooling themselves.

The thing I eventually realized was I simply needed to give myself the permission to be the kind of guy who had a Magnetic Personality, and was Attractive to women.

That said, there are SO many other mistakes that plague men’s dating lives in todays’ fast paced society…

Let’s go over the 3 most common ones I see, that are KILLING men’s dating lives around the globe, and keeping them from attracting the women they deserve. These are masks that men place over their personality, in order to trick women into liking them.

This person is always acting to hopefully please others, and is at the bottom of the totem pole, socially.

Behind his back, people call him a “doormat,” a “pussy,” a “wingman for life,” or even the dreaded “nice”…

The People Pleaser doesn’t know the basics of dealing with people, so he changes himself to fit into some sort of ideal that he thinks others will like. He tries to never offend, or cause conflict.

Here’s the catch though, when this guy changes himself for the convenience of others, then he comes across as “Try Hard” and “Needy”.

These two behaviors are absolute KILLERS of attraction in anybody. Not just sexual attraction, but the kind of attraction that everybody is naturally drawn to.

People don’t give this guy the time of day is because he changes himself for others. He tries so hard to get everybody to like him that, ironically, most people at best only tolerate him.

But there is a bright side for this guy!

When he finally hits the breaking point, he will do one of two things…

1. He’ll accept his fate as a pushover for life, and in turn, no longer come across as “fake” or “try hard” because he’ll actually be congruent to this persona…

He will finally realize his own potential for greater things, and seek out the guidance of a mentor or coach who understands him, and can bring him out of this rut.

It comes down to having self-esteem.

And when this happens, he starts taking more action than anybody, and quickly becomes the cream of the crop through shear force of will alone.

The People Pleaser easily turns into the best student of RAW dating advice because he just required the initial guidance and permission to become “attractive”.

[I actually used to fit into this category, and look how I turned out.]

Yet this is only the tip of the iceberg, there are two other behaviors that are just as bad, if not worse than this guy…

This is the guy who most people perceive as an “asshole” or a “dick” even though he might not have a bad bone in his body.

You may see this guy in a social environment with a stern look on his face, standing against the wall, while holding a drink in front of his chest (all done in the effort to hopefully make others conclude that he is “cool.”)

But since he rarely talks to anybody and just sort of “people watches,” most others conclude that he is merely a socially awkward a-hole.

If this guy is currently you, then I have good news for you, my friend…

The James Dean knock-off is just a phase that a lot of men go through right before they breakthrough and start attracting a lot of women. You simply need to relax a little bit, and stop trying so hard.

Eventually, The James Dean Knock-off gets tired of trying to “looking cool,” and starts to having fun by relaxing a little bit.

When that happens, success in his social and dating life starts flooding in almost immediately.

However, there is one last obstacle that stands in the way of becoming a truly seductive man…

This is the final roadblock to becoming the kind of guy who magnetically attracts everything he wants into his life.

In fact, to call this a “phase” wouldn’t really be correct because everybody does this at times.

For example, sometimes when I go out to a venue that has BOOMING music, and I’m actually in the mood to just chill and having good conversation…

Then my energy level naturally isn’t on the same level as the environment.

Instead of owning my current mood, I’ll try to pretend that I actually feel like dancing the night away, and put a fake smile on my face…

Have you ever done this?

Naturally introverted people will go through this same thing, when they are forced to be around a lot of people.

They plant a forced smile on their face, and try extra hard to make their vocal tonality seem energetic, and up-beat.

This is the main reason why introverted people feel drained of their energy after being around large groups of people.

Which makes it exponentially harder for anybody to actually trust this person.

If you haven’t already caught on yet, the underlying theme of ALL 3 of these common mistakes is the lack of Congruence.

Congruence basically means that you fully own the state that you are in, and are 100% authentic.

People can sense incongruence a mile away.

Actually being congruent to who you are, and how you feel in that moment is the quickest way to take advantage of this Congruence filter..

If you have ever fallen into any of these 3 categories then I have three challenges to you..

Challenge #1: Be completely OK with polarizing others.

You are not supposed to make everybody like you. Trying to do so is a fools’ errand, and once you stop trying so hard, here’s what will happen… You’ll realize that although some people hate you, but a lot more people will actually vibe with you and love you.

This is fulfilling because they love you for who you actually are. This is much better than living in a world full of people who tolerate you for being something you are not.

Challenge #2: Constantly be Improving yourself.

Realize that you can ALWAYS be improving yourself, your communication skills, your influence skills, and your charisma skills.

You are never a finished product.

I recommend finding character models (people who have traits that you admire), and consciously modeling those positive traits.

Here’s the key: Do this for YOU, and not for the validation you may get from others.

Challenge #3: “Listen. Smile. Agree. Then do whatever the f**k you were going to do anyways.” -Robert Downey Jr.

Ignore anybody who hates on your for trying to improve yourself. Haters are really just confused supporters anyways.

If you can do that, then the future is bright for you, my friend.

The 3 Personality Types That Turn Women Off