What She Really Means When She Says “I Need Space” 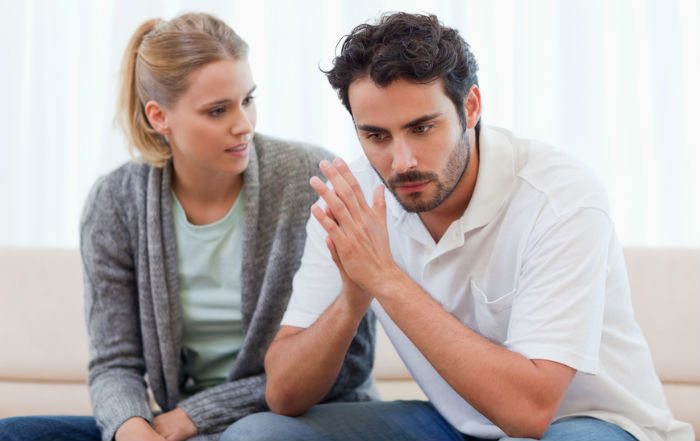 What does she mean?

Break-ups are painful at the best of times, but can be particularly heartbreaking when they come out of the blue.

One of the most common phrases a woman gives in this situation is that she ‘needs space’.

This could make sense if she’s going through some sort of emotional turmoil, or has something momentous to concentrate on other than a relationship. Normally, this isn’t the case though.

Most men interpret it as a generic excuse that a woman gives when she doesn’t want to reveal the real reason.

However, if multiple women are spouting this phrase to you, it’s probably because you’re emotionally suffocating them.

The behaviour that makes women feel this way isn’t always easy to recognise, nor simple to articulate. That’s why women blurt out the ‘I need space’ line without being able to explain what they mean.

Below, we explain the subtle actions that can overwhelm women in relationships and offer a foolproof plan to stop you doing them.

If you’re insisting on hanging out with a chick all the time, it can get a little annoying. Usually, the ‘I need space’ phrase isn’t referring to physical space though.

A man could only see his woman once a week and still weigh her down with too much emotional baggage.

Here are the most common ways it happens.

Masculine energy is based around leadership, achievement, winning, bringing home the proverbial bacon. Feminine energy is free-flowing, loving and emotional.

Although both sexes have both types of energy inside them, most women are happiest when portraying their feminine energy whenever they can.

However, if they’re in a serious relationship with a man who’s unorganised, stupid and/or poor, she has to play the masculine role in the partnership. It’s either that or nothing gets done. The result is her feminine energy doesn’t have the space to shine through. It’s suffocated by her dumbass boyfriend.

Even if you’re a strong leader who’s got his life together, it’s still possible to squash her femininity by being too needy.

The main goal of a true masculine is his purpose. A purpose outside of love, romance and intimacy. The feminine understands and encourages this. She supports this by creating a loving feminine environment for her man after a tough day of achievement.

Yet, when a man is not striving to achieve anything other than loving his woman, she’ll often feel overwhelmed. Her feminine energy is being stifled, because it’s being drowned out her man’s feminine energy. Once again, this manifests in a feeling of emotional suffocation and needing space away from her man.

How to fix this

So many movies and TV shows feature a male protagonist whose only serious goal in life appear to be getting the woman of their dreams. The first examples that come to mind are ‘Hitch’ and ‘How I Met Your Mother’.

As David Deida says: “A man’s highest purpose is his priority, not his intimacy. Your woman knows this. Deep inside, she really wants it to be this way.”

So, if you don’t have a purpose outside of chasing women, it’s time you started searching for one.

Pursue a goal you’re truly passionate about. This could be in sport, business or life. Anything you can be really proud of once it’s achieved. This’ll attract more women into your life than acting like Ted Moseby ever will.

Passion is a truly attractive trait, which women go crazy for. Still, when they suggest a casual Netflix and Chill session that clashes with a passion project, you’ll need to turn her down. She might sulk in the moment, but deep down she’ll respect you and probably chase even harder. She certainly won’t be breaking up with you because she needs space.

‘I need space’ will still occasionally be thrown out by women who struggle to articulate their feelings, or in cases of extreme emotional turmoil.

But finding a passion outside of chasing women will help prevent you from hearing this annoying catchphrase.

In fact, it’ll probably make you so desirable, you won’t have to worry about break-ups at all.

About Joe Elvin Joe Elvin travels the world working remotely as a lifestyle writer and confidence coach. Throughout 2017, he filmed his entire dating life as part of a national television documentary in the UK. His new book 'The Camera Never Lies' details the brutal truths about dating and relationships learned from this experience. You can learn more about the book and download the first chapter for free by clicking here >>

What She Really Means When She Says “I Need Space”