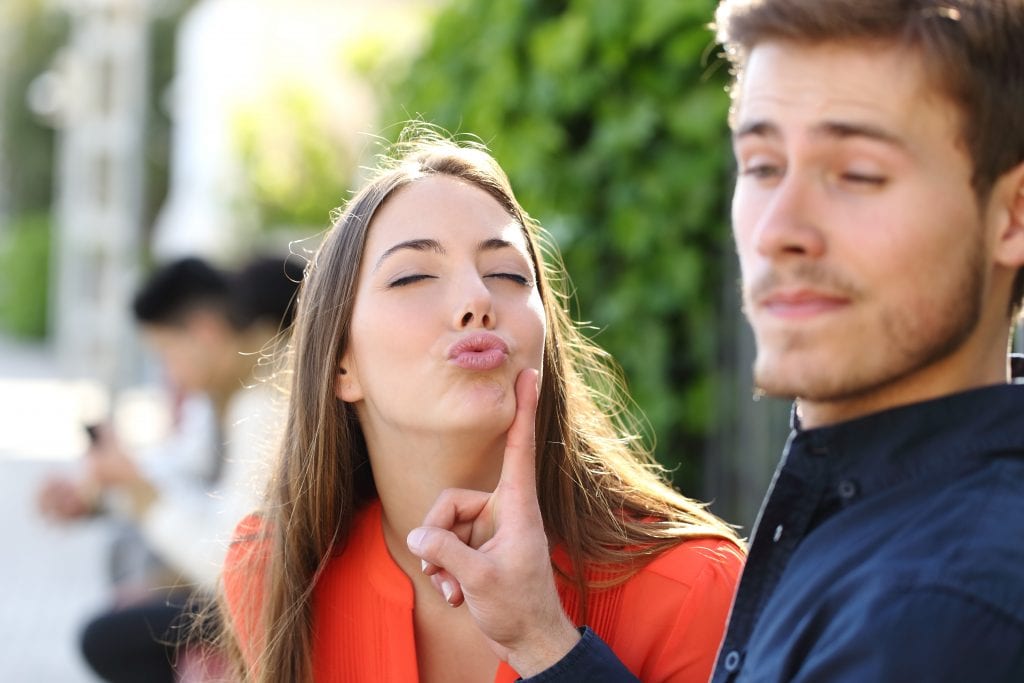 Some of the best flings and relationships start off between friends. When you like someone as a friend first, it might mean the hookup or relationship that ensues is truly a great one.

But, as most men know, the hardest part is knowing. Are you friend zoned? Does she want to be more than friends?

Below, you’ll find 7 guaranteed signs that she’s down for being more than just friends. Each sign also comes with the reverse- the warning sign that says you’ve most likely been friend zoned.

If she’s into you, she will ask about your life- your plans, goals, interests, etc. There’s a good chance she’s doing this to collect more information about you to see if you two would be good together as more than just friends. Even if you ask the question first, her engaging deeply in the conversation is a good sign.

If she asks first, even better. At any rate, personal questions and deep topics are a good sign that she’s at least thinking about you as more than a friend.

Sign that she’d rather just be friends: she sticks to generic questions. Some girls avoid asking in-depth questions or talking about themselves a lot so you don’t get the wrong idea. If you’re putting in the effort and she doesn’t engage, she probably isn’t picturing you as more than friends.

#2. She hints at making plans that involve only you two.

This is a big step for two people that were friends previously. It’s pretty common to become friends with a girl in a group setting. Chances are, that’s how you met in the first place. At first, this might be the only chance you have to show her why she should be into you.

But make no mistake: even if she’s shy, she won’t be confusing about making plans to hang out just with you. She’ll either suggest that you two hang out alone on her own, or fully express interest in it if you bring it up.

Anything other than a resounding ‘yes’ is a no.

Sign that she’d rather just be friends: she doesn’t make plans that don’t involve other friends or groups of people also participating. And if you try to, she not-so-subtly suggests that you also invite other people.

#3. She tells her friends a story about you.

Her friends are truly the first sign that she’s interested in you. They will do a poor job of hiding it when you are around, possibly giving her looks or acting strangely.

But if she’s talking about you to her friends, it’s a surefire sign that she’s interested. If she texts you later to tell you how they responded to the story she told them, even better.

Sign that she’d rather just be friends: her friends don’t act any different when you’re around them, or worse, they don’t talk to you at all.

#4. She finds excuses to text or talk to you.

If her rationale for reaching out is spotty at best, take that as evidence that she’s into you.

“This guy at Target reminded me of you” or “I was thinking about that story you told me at the gym today” should be taken as, “I’m into you. Make a move and don’t mess it up“.

Sign that she’d rather just be friends: you always text her first, or she “forgets” to answer your texts regularly.

#5. She gets angry or quiet when you mention other girls.

This is actually a great strategy for men to test the waters with a girl they think might be interested. Tell a story about a girl you’ve dated, or bring up something you admire about another girl that you know she knows. Study her reaction.

Even the coolest girls will get slightly awkward after a 1-2 sentence buffer. If she gets quiet or smiles at you once you run out of things to say, you know she’s wishing you’d turn the focus back to her.

Sign that she’d rather just be friends: this one is tough. Even if she’s into you, she’ll have enough tact to engage with the story you’re telling. If she’d rather be friends, she might just keep the conversation going about the girl you bring up. If that happens past a point, that might mean she isn’t into you.

#6. She lets her guard down around you.

Unlike men, women are well trained about how their behaviors might be perceived by the men around them. They know all too well that they’ll attract things they don’t want if they say or do the wrong thing.

If she’s interested in you, she will occasionally be vulnerable, quirky, or weird. Assuming it’s not too weird, this is good news for you. Take this as her seeing how you respond to the “real her”, not the facade she puts up for other guys.

Sign that she’d rather just be friends: she’s robotic, disengaged, or always has her guard up. Even as you get to know her, she keeps her guard up. She controls the conversation more than you.

#7. Her body language tells it all.

Like I said, girls don’t mess around when it comes to sending off signals. If she wants you to know, her body language will tell you. If you’re on the fence, become more aware of how she acts when she’s around you

Does she get close to you often? Does she touch you? Does she laugh and joke around with you? These are all good signs that she is interested.

The truth is, there shouldn’t be much of a debate. Chances are, if your intuition says that she’s vibing on you, she is. This means it’s time for you to make a move.

Sign that she’d rather just be friends: she keeps her distance, doesn’t touch you, or stays slightly removed from you at all times. She’s down to be friends, but makes it clear that that’s all she wants by how she positions herself.