How to Avoid the “Nice Guy” Trap… 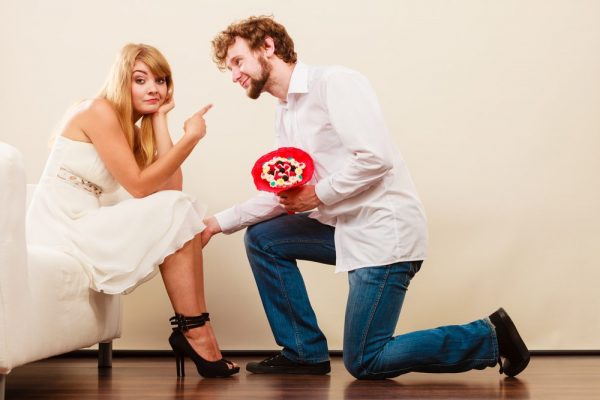 The TRUTH About “Just Being Yourself” To Attract Beautiful Women…

Have you ever heard a dating guru tell you to “just be yourself”?

Or have you ever heard that “the nice guy always wins”?

The truth is that these are some of the worst pieces of advice that anybody could give you. They are the kind of heart-warming, not-at-all-practical, lies that Hollywood has trained you to believe from a very young age.

If your claim to fame is that you are a “super nice guy,” then you will be destined for the friend-zone for the rest of your life because you’re likely suffering from Nice Guy Syndrome.

If “just being yourself” was good advice, then you would already have a lot of women lining up to date you.

The reason this advice sucks is NOT because it doesn’t work — in fact, being yourself, when done right, is actually good advice. The problem with this advice is that it doesn’t give you much to work with. What does “just be yourself” even mean?!

The truth is that “being yourself” does work. The problem is that most guys confuse this for “be a nice guy, and never improve.”

Here is my problem with “nice” guys… They are actually just master manipulators in disguise.

Nice guys try to attract women by doing nice things for her. For instance, a nice guy might…

But here’s the catch, nice guys only do those things because they want her to approve of him. They think that by doing “nice” things for her, over time she will realize how amazing he is, and want to date him.

In other words, he only GIVES her good emotions so that he can GET something in return. He is a validation junkie, and master manipulator.

As a former “nice guy” myself, I can tell you that being “nice” is the exact opposite of being yourself.

You see, the number one thing that I struggled with when I would be extra “nice” with women is that I would try to never offend them. I would censor my language. I would never disagree with them, even if I thought their viewpoint sucked.

Essentially, I would change myself just to appease women.

In reality, you could do all of the same things that a “nice guy” would do (buy her drinks, compliment her, etc.), just as long as you did them for YOU.

The key difference is that you do those “nice” things because you truly feel like giving value in that moment, and don’t expect anything in return.

Which brings me to the point of today’s article… Right now I am going to teach you how to actually “just be yourself” and actually start attracting women today.

Now I often get asked things like “What should I say when I approach a girl?”

And “How do I stop running out of things to say when talking to a girl?”

Here’s the hard cold TRUTH… I could never tell you the “right” thing to say. What you say is almost irrelevant.

Just to prove this, let’s do a thought experiment right now…

Think about the time you first met your best friend. Picture the exact scenario in your mind…

Where were you at?

How did you guys meet?

What were you both doing?

Did you like them at first, or did it take some time?

If you are like me, then you are probably really good at remembering what happened, and all the other fine details. However, you probably have no clue what words were said…

Most likely, you only remember how you FELT about your best friend when you first met them.

That said, here is the truth about “what you say” during conversation when you meet a girl…

She does not care what you say. She only cares about the vibes you give her.

A girl will never sleep with you, and then tell you immediately after sex, “You know, your seduction was really good, however your opening line needed some work.”

She will NEVER say that!

The only thing she is going to remember is how she felt about you when you approached her.

This should be a freeing revelation for you because it proves that what you say does not matter, as long as it is genuine to the moment.

A good friend of mine, Marni The Wing Girl made a great point to me the other day…

She said that women are masters at reading if you are lying or not. They have to be because back in the day, when we were all cave people, the men would go out and hunt for dinner, while the women stayed behind to protect the cave.

In order to protect the cave, she had be able to quickly decide if the random stranger passing by was trustworthy or not. Therefore, women became very good at quickly reading subtle social cues. Does this strange guy actually mean what he is saying, or does he have some sort of hidden agenda?

You can probably attest to this too… Have you ever memorized a line, or routine, and tried it out on a girl, only to have it blow up in your face?

The reason lines or routines do not work for most guys is because they are not congruent to his personality.

CONGRUENCE is the key.

Just imagine a curious little child… Children are the most charismatic people around. They will walk up to anybody, touch everything, and say exactly how they feel. If they’re mad, they cry. If they’re happy, they smile. They keep it real at all times… No wonder it’s next to impossible to hate a little baby — simply because they are always congruent, and never have a hidden agenda.

Here’s my advice to you…

The absolute best thing you can say, at any moment, is exactly what you feel in that moment.

If you’re curious about XYZ, say to her “Hey, I’m actually curious. Tell me about XYZ…”

Or if you think she is super attractive, and you wanted to go up and talk to her, say “Hey, I know this is really random, but I saw you and thought you were f*cking gorgeous, so I had to come over and say hi… Hi, I’m (insert your name).”

As long as it is actually how you feel in the moment, then she will receive it well.

…And if she doesn’t, then that is her fault.

Do not fall into the “nice guy” trap of changing yourself to appease women. Or worse, being nice just to manipulate women into liking you.

That, my friend, is how you actually “just be yourself” while also being authentic.

How to Avoid the “Nice Guy” Trap…