How Botox Can Cure Knee Pain 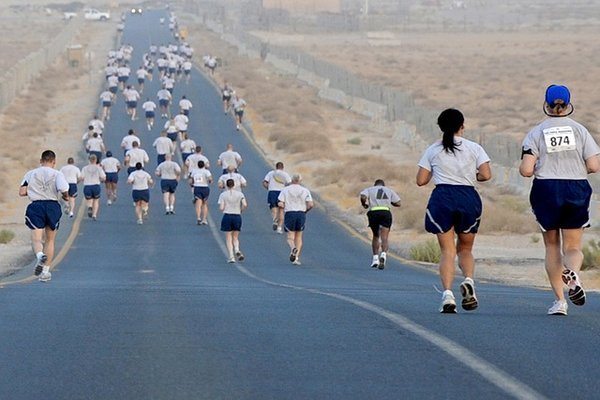 Knee pain is extremely common for people who get their cardio fix through running or cycling. In fact as many as one in eight active men and one in five active women experience lateral patellofemoral overload syndrome which is characterized by inflammation and sharp pain that requires a couple days to recover at a time.

Up until now the most common treatments for handling the pain of lateral patellofemoral overload syndrome has been simple things like rest, icing, taking anti-inflammatories, going to physiotherapy, or even getting surgeries…but all of these tend to be temporary ways to deal with the pain and none of them actually prevent it from happening again.

Now however, there is a new approach to not only handling the pain but stopping it from where it is actually originating. The option is a botulism toxic similar to Botox called Dysport.

The research on using Dysport to handle knee pain from lateral patellofemoral overload syndrome has been very promising so far. Researchers from the Imperial College London and Fortius Clinic chose 45 participants who were experiencing front or side pain from the syndrome. Then the researchers used the help of an ultrasound machine to inject the Dysport into the hips of the participants.

Treating the knee pain from the hip was a new idea, since the researchers were aware that many of the people suffering were overusing the tensor fascia lata muscle in the hip and under using the gluteal muscles. Because of this no amount of physiotherapy could fix the issue since the wrong muscles were working during the strengthening exercises.

This way with the hip muscle slightly frozen from the Dysport it encourages the gluteal muscle to engage again, which pulls the pressure away from the knee area. Then the participants got some physiotherapy to retrain the gluteal muscles to take over if they needed the reminder.

Amazingly, after the study ended 69 percent of the participants didn’t require any further medical treatments and were still pain free five years later. This is a vast difference to the 80 percent of people who still had pain following the conventional treatments for the issue.

According to physiotherapist Dr Jo Stephen, co-author of the study:

“As a physiotherapist it can be incredibly frustrating to run out of treatment options for patients with this painful condition. Many athletes who took part in this study had exhausted all other treatment options and this was their last resort. We are really excited that our approach is showing positive results for patients, which could have implications for active people around the world.”

“This research is a really exciting step forward in the management of a very common cause of knee pain in athletes. Our results show that botulinum toxin can provide better and longer lasting pain relief than the current, conventional alternatives.”

There is still more research to be done on the topic, but the trial results were so great that you can expect more options like this to start to pop up.

How Botox Can Cure Knee Pain