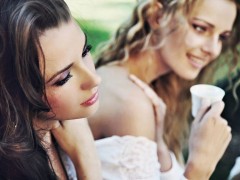 Big wave surfing is one of those spectacular man-versus-nature sports.  The most recognizable names in water sports come from the ranks of the big wavers: Laird Hamilton, Ross Clarke-Jones, Shane Dorian.  For people unfamiliar with the sport/art of wave riding (and thats most people unless you live in Hawaii or Australia or near the beach in Southern California), there is a mythical quality to it.  It is not a sport that you see on TV every week.  Its not something that you played as a kid.  People who ride big waves are right up there with those who do the seemingly impossible by climbing Mount Everest.  Only surfers seem cooler.

There are only a handful of places where geography, weather patterns, and ocean currents all merge perfectly to create the gigantic waves that are required for big wave surfing.  Australia, South Africa, California, Baja, and the biggest of the big wave spots, the North Shore of Oahu.

North Shore in December: Mecca for surfers and surf fans.  Waves of at least 20 feet in height crash over the sandy bottom creating nearly flawless conditions for big wave surfers to show off their skills.  Waimea Bay and the Banzai Pipeline are legendary places in the big wave world.

Unless youve been surfing your whole life or do not value your life, the North Shore is not your turf.  There are deaths yearly and even pros are not immune to tragedy.  Hawaiian legend Mark Foo died surfing at a North Shore hotspot called Mavericks in the late 1990s.  Mostly fatalities are caused when surfers are knocked off the wave and slammed unconscious against the bottom of the ocean or drowned after being held under by the force of the multiple waves rolling over them. 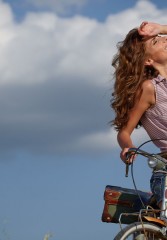 November and December.  If nothing else, you can simply lurk around and practice your beach-bum slang as you try to chat up bikini clad sand divas.

The Vans Triple Crown of Surfing commenced last week and will run until December 20th, concluding with the Pipeline Masters Series at the Banzai Pipeline near Waimea Bay.

The pro events are not your typical spectator sport. There is the whole possibility-of-death aspect to the competition; but the biggest difference between surfing and other sports is the scheduling.  The event is scheduled for 12 days, but competition takes place only on the 4 or 5 days with the best conditions.  Spectators call a hotline an hour before the event is scheduled to begin to see if there will be any surfing that day (thinking of going to North Shore this year?  The hotline number is 808 596-7873).  For the Pipeline Masters, the message is recorded at seven in the morning.

No surfing?  No problem. You wont find yourself sitting in your bungalow rocking back and forth, waiting for the next day.  Though wave riding is a major part of the equation on the North Shore, it is not the only game in town.  Major label musical acts descend on Oahu to take advantage of the crowds.  Internationally famous DJs can be found spinning at events sponsored by resorts and surf companies.  Even rockers like Pearl Jam have gotten in on the scene in recent years.

Where else could you hit the dance floor in flip-flops and trunks (granted, you might need different apparel at some North Shore nightlife venues)?  Despite the presence of hard bodies and absence of excessive clothing, the nightlife scene is more laid back than the meat markets on the mainland.  People, no matter how beautiful they are (or think they are), are there to have a good time, not to show off. 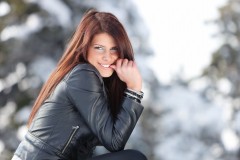 Despite the bikinis and after-dark shenanigans, surfing is still the main attraction.  If you are intent on seeing some world-class surfing, youll have to spend more than a week on the beach.  That is, unless you feel terribly lucky.  There could be 4-5 days in between contests, depending on the conditions.

But patience will pay off.  Here why? The beach along the Banzai Pipeline is closer to the action than any other beach in the world.  The waves remain high as the approach the shore, meaning that the rides take place within eyeshot.  That is opposed to other sites where it is necessary to watch the action through binoculars.

Because Banzai is a great spectators beach, it gets crowded by mid-day on competition days.  Traffic jams on the narrow beach roads mean a long wait or else a long walk.  Avoiding these inconveniences are easy  Come early – preferably before the 8 am start time – and plan to stay until sun down.

Parties, athletic spectacle, and not a blubbery resort-goer in sight.  Do you need another reason to hit the North Shore in December?

About Josh Lew Josh Lew lives in the Midwestern US when he is not traveling. He is a columnist for Gadling and has contributed to Hackwriters and Skive Magazine.