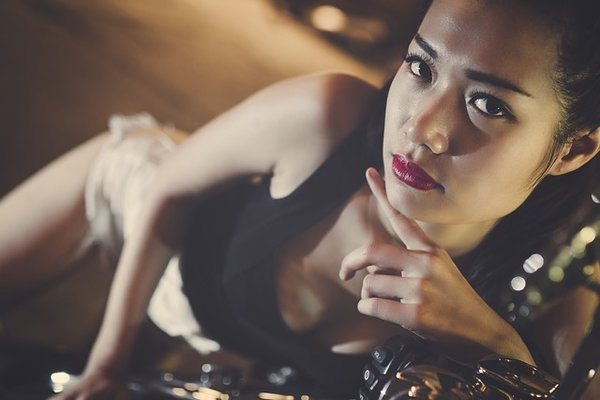 You have been wronged. You feel it, you know it, and you are forced to live with it day after day. Someone you trusted betrayed you. A rival has ruined your chances of getting the job you wanted or the girl you were after.  A group of persons opposed to your politics have ganged up on you on social media. An incompetent and undeserving colleague has gotten a promotion or some other good break in his fortunes. All of the above are occasions for wanting revenge—for wanting to see someone you know wallow in misery and despair, if only for a moment.

You have no doubt been counseled several times in your life that it is best to be “the bigger man”: to let the slights, misdeeds, and treachery of others go. This tends to be good advice. You would not get much done in life if you tried to take down everyone who offended you. However, there are times when the desire for revenge is strong enough to throw you into a state of permanent pre-occupation with the person who injured you. You cannot stop thinking about him or her and the fact that they have moved on with their lives without the slightest regard for how they made you feel.

Being in such circumstances compels you to act. To be clear, revenge has nothing to do with justice or fairness or any other high-minded principle. When you seek revenge, you make a conscious choice to act out a strong and persistent feeling of indignation.

Pranks and nastygrams may give you a laugh, but all they really show is your impotence. If you stoop to childish behavior, then you will prove yourself an inferior person. You should want to demonstrate that you are in fact the superior person, even as you give way to vindictiveness. The most satisfying kind of revenge is that which is intelligent and subtle—the kind that allows you to execute a form of intellectual or emotional judo, so that the force of your opponent’s own words or deeds is used against them.

Here are a few examples of wrongs perpetrated and the revenge schemes they demand.

A breakup can be a trying and painful experience. If you really loved her and found out that she cheated on you and made you look like a fool, then revenge is in order. You should plot it by analyzing her vulnerabilities. If your ex is a pack hound—that is, a girl who likes always to be surrounded by lots of friends—then you already have your point of weakness.

Most of her friends will no doubt take her part in the breakup. However, there is likely one who had eyes for you from the moment you were introduced to the group. You know who she is because though you were committed you were not blind. You should start flirting with this unreliable cub. Send her a Facebook message, text her, meet her for a drink—work your powers of charm and persuasion until you’ve broken her off from the pack. Party with her in places in which you are likely to be seen by your ex.

Your ex will not care if you have a new girlfriend. She will be driven to distraction if the new girlfriend is one of her friends.

You might have to work daily with someone who is slightly senior to you but is nevertheless your boss. The two of you are close enough in experience and rank to be competitors. If he has frustrated your every effort to shine and is just an all-around dick, revenge may be foremost on your mind.

Again, you don’t want to look like an asshole. You want everyone in the office to see him as one. Such people tend to already be ill thought of by everyone else in the office. Find out whose thinking is closest to your own, and then encourage them to speak more extensively about it. You don’t need to bad mouth the target of your enmity. By urging your colleagues to express themselves you will set off their impulse to gossip more broadly.

The person who exasperates you will soon find himself isolated, and the talk will eventually reach the ears of his superiors. If you are invited to say your peace with your boss’s boss, don’t spend the time insulting him. All you need to do is raise doubts about his performance. Point the big boss to practices of the little boss that may not be legitimate or to results of his that have come short of expectations. As he has sabotaged you, you should feel no compunction about sabotaging him.

3. A political mugging on social media

With the upcoming presidential election, you will see an increase in political chatter on your Facebook feed. You should expect to be contradicted by persons who do not share your views. However, there are few things more annoying than being pounced on by a gang of your opponents all at once. You cannot possibly answer every objection to your position when there is only one of you and six of them. Do the best you can, and then plot your revenge.

Most people have not thought through the political principles they claim to hold. They only know how to be sanctimonious in speaking about them. It is difficult for any of us to be consistent in the practical application of our politics. It often occurs that the policy we thought was so good produces consequences that are quite bad. On such occasions, if we are truly principled, we must express our outrage—even if it means going against our own side. Watch and wait. Eventually, the beliefs of all of the people who came down on you will be put to this kind of test. Most will remain silent. If they do, go to your Facebook feed and call them out for the hypocrites that they are. There is no sweeter revenge than a sound standing on the moral high ground.